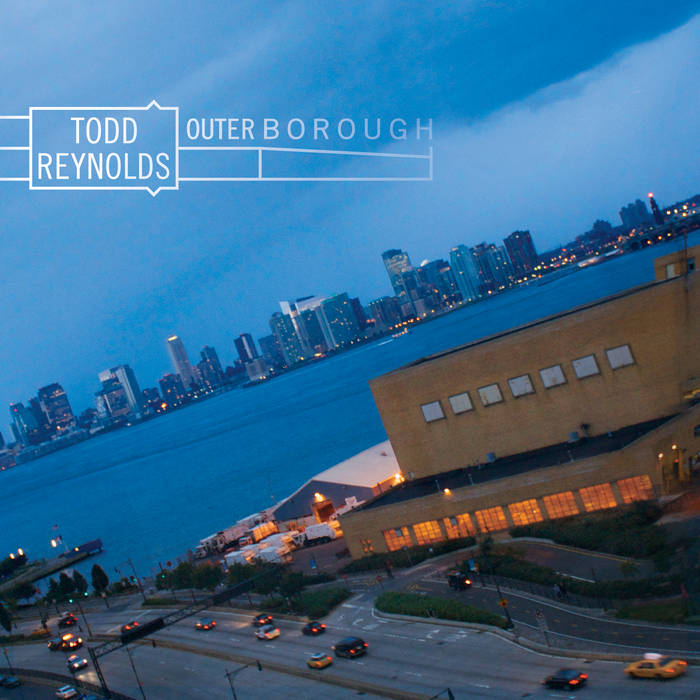 Physical copies of Outerborough can be purchased here: www.innova.mu/albums/todd-reynolds/outerborough

Todd Reynolds is one of the founding fathers of the hybrid musician movement. Creating acoustic-electronica in real-time with only his 17th-century violin and a 21st-century laptop onstage, his sound mixes borrowed and home-brewed, avant and pop, jazz and classical. “A daredevil musician” (The New Yorker) his evolution is marked by long-time associations with Steve Reich, Meredith Monk, Bang on a Can, and ETHEL, the string quartet he co-founded in 1999.

Now, comes his first solo album, ‘Outerborough’, a 2CD set that reveals him as both a composer and as one of the most sought-after interpreters of contemporary music.

“The first reaction to these CDs - a full-bodied representation of Todd’s musical world – is that of breadth, of porousness, the genre-crossing dream realized. Raga, jazz and blues, electronica, minimalism, fiddling traditions, Kreisler, rock and roll –intermingling and dialoguing in all the ways we had always hoped for.” — composer, Evan Ziporyn

One disc–the InSide–features seven of Reynolds’ own works, many of which use looping and layering techniques over which his violin lines soar effortlessly or create deliciously expanding densities. The pieces range from electronica to Renaissance stylings (a minimalist version of ‘Greensleeves’) and the title track, ‘Outerborough’, inspired by train travel, written for a film by Bill Morrison. ‘Transamerica’, features West Coast beatboxer and singer Kid Beyond; and ‘Centrifuge’ was created for the super-human abilities of the GuitarBot (one of the LEMUR instruments recently featured on Pat Metheny’s Orchestrion Tour).

The “OutSide” disc contains premieres of music by a host of New York notables, some connected with Bang on a Can, some with the über-popular the Books, and all with personality to spare. The electronic tones of Michael Gordon’s and Paul de Jong’s pieces belie their acoustic origins; Phil Kline manages to make the solo fiddle sound like a full orchestra on steroids; mash-up master Michael Lowenstern pays tribute to blues legend Robert Johnson; David T. Little’s ‘and the sky was still there’ incorporates the story of a soldier caught up in the de-humanizing policy of (recently-repealed) Don’t Ask, Don’t Tell; Nick Zammuto (also of the Books) fast-forwards a field recording for some time-compressed pastoralism.

In his ‘Storm Drain’, Ken Thomson joins Reynolds on bass clarinet for a tight virtuosic romp that rises to fever pitch; Paula Matthusen explores language and memory in ‘The End of an Orange’, and Pulitzer prize-winner David Lang brings everything to a close with ‘Killer’, featuring thrashing and relentless violin lines which live alongside a just-as-relentless rhythmic track in what might seem like it was written for a punk band of one, all at once rebellious and incisive.

All tracks recorded and produced by Todd Reynolds, except tracks 10 (produced by Paul Dejong) and track 13 (Produced by Nick Zammuto).

Bandcamp Daily  your guide to the world of Bandcamp